DominoEffect.Net was started in early 1989, mainly to provide a full range of computer network products and services, while working with numerous ‘Start-up’ companies in and around what was coined as Silicon Valley.  Fred, the Computer and Network guy.  Gary, who loved working on the Cable side, and later, Rick who was the one with all types of connections.  Literally and figuratively.  Individually helping Medium to Large sized companies looking to build, upgrade, and manage Intra and Inter-Campus Networks.

A bond grew between them as they would run to each other in waiting rooms.  Whether they were first second or third in line, each were regarded with the highest esteem.  Fred, working on the Telecommunication side, appreciated and liked working with Gary, who had a strong work ethic.  Rick too was dependability and offered great solutions and products.

Even the clients actually requested each of them when new projects came to fruition.

After years of successfully gaining mutual appreciation and respect from their individual industries, as well as from their clients, in February 1989, they decided to join forces and DominoEffect.Net was born.  Focusing on learning everything they could about the different Cable Manufactures, and how local Telco’s (also referred to a ISP’s) could provide various connectivity products and security, along with higher speed, dependability, and flexibility also helped in its growth.

Back then, Silicon Valley had pretty much 120 percent occupancy.  So real-estate and property was at a premium.  Therefore, if you could offer a means that would provide secure connectivity, mobility, and easily transition growth — you were pretty much their hero.

A huge plus came when the telecommunications industry, virtually controlled by “Ma Bell”, was divested by Judge Green.  After which, competition in the market place starting bringing in all new and innovative ideas, as well as far lower rates.  AT&T had to start letting go of their local Bell companies, who now were able to show just how fast an unbridled industry could transform.  The flood gates were breaking wide open, and they spent the next few years focusing of developing key support services.

During those next several years, DominoEffect.Net had successfully grown and expanded.  Reaching out to even medium to small sized businesses, with telephony, IT, and Computer services.  Then, as the Internet became the buzz, we did all we could to learn and move into Web development and Internet Oriented services.  Initially, code was the only method of getting anything going on the Internet.  And, if anyone remembers that era, Software for Web Development was virtually inaccessible, because of the fees techs charged for its development or existence of any affordable support.

Get Your URL’s Here

Another Key aspect and break-through, if you will, came from our unique ability in finding and procuring really cool Web site names like; “yourconcierge.com”, “tupperwarerep.com”, “instalink.net”, and even “helpmypoorass.com”.  Which is still ongoing today.

Click here, if you too would like to register, or find out if a name is available. 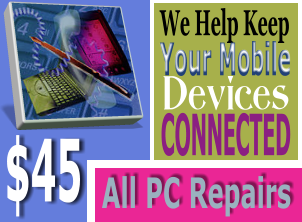